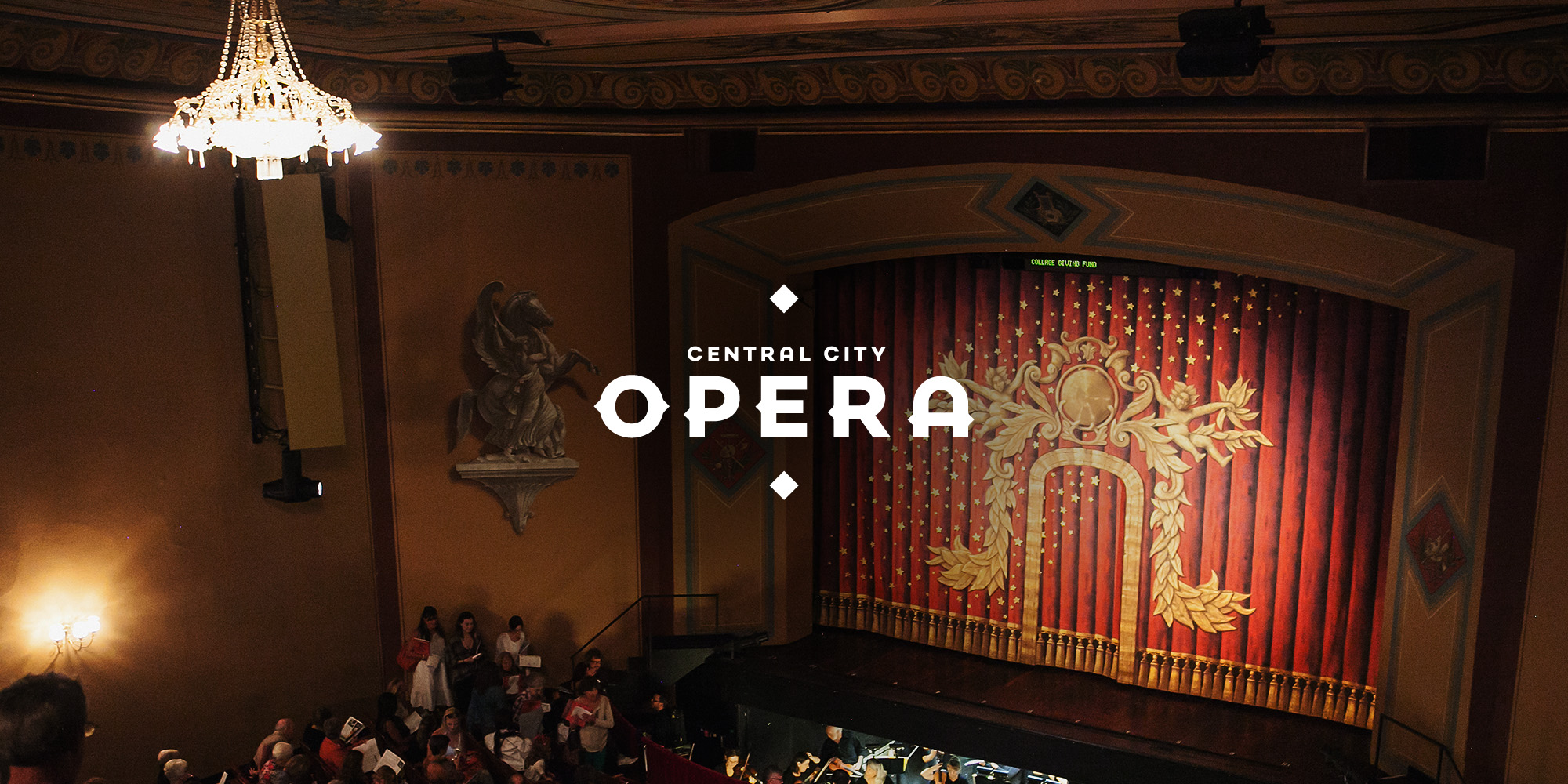 Founded in 1932, Central City Opera is the fifth-oldest professional opera company in the country. It is renowned for exquisite world-class productions, a robust young artist training program, creative education activities, and community engagement.

The annual summer opera festival takes place at 8,500’ above sea level in this Colorado mountain town, only 35 miles west of Denver. There, the company owns and maintains 27 Victorian-era properties, including the intimate 550-seat jewel box opera house.

The summer festival began in 1932 after an extensive renovation of the opera house, and actress Lillian Gish starred in Camille. The annual festival opening is steeped in tradition, with ceremonies for debutantes, bell ringers, and nosegays tossed at the stage.

Revel in opera during a month-long festival in July, in charming Central City. In 2022, see all three performances:  The Light in the Piazza and Die Fledermaus at the opera house and Two Remain at historic St. James United Methodist Church across the street. The festival includes events such as a family matinee, lunches, dinners, and talks, and guests can take an opera bus from Denver.

The Gilpin Historical Society offers tours of Central City Opera House, as well as several other historic buildings with intriguing stories, throughout the year. 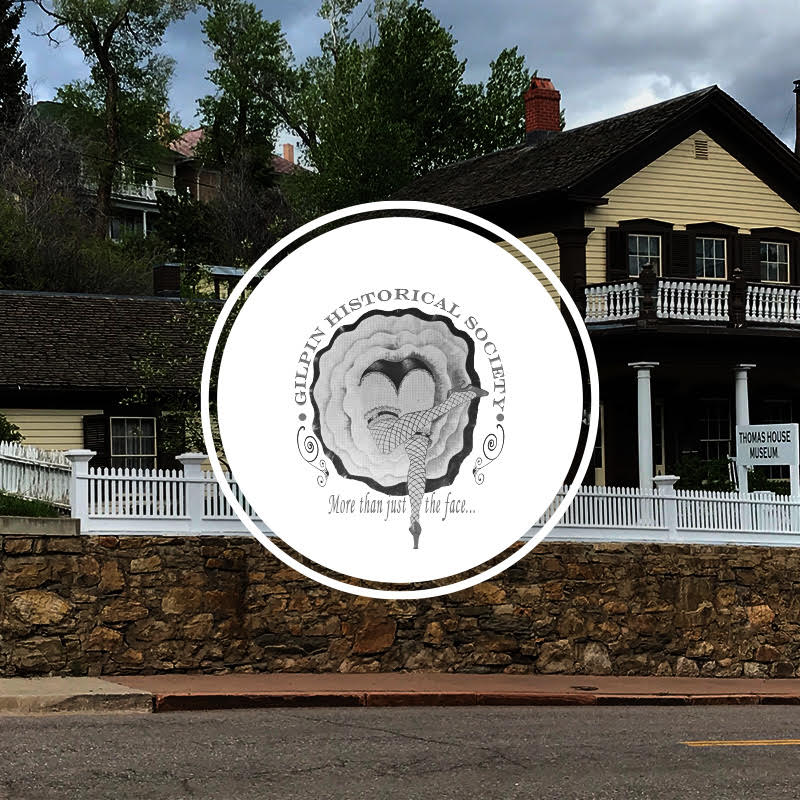 All tours begin at Washington Hall, across from Teller House

Be sure to see the Central City Opera House, built in 1878 and known for its elaborately frescoed ceiling and perfect acoustics. Read the names of Colorado pioneer families and American stage and opera stars carved on the seat backs, including Horace Tabor, Buffalo Bill, Beverly Sills, and Lillian Gish.

Infamous Face on the Barroom Floor

See the infamous Face on the Barroom Floor, mentioned in a Three Stooges movie, at the Teller House hotel. This painting was made in secret at midnight by an artist hired for opera house paintings.

Thomas House, rumored to be built around the entrance to a mine, is a Greek Revival-style frame house built in 1867. "Frozen in time," it represents a typical Central City middle class family home from the turn of the 20th century.

The Weekly Register-Call is the oldest continuously printed newspaper in Colorado. Tour the print shop, used from the 1860s until the early 1980s. Marvel at the antique printing equipment, including a Chicago Taylor Press and a vast collection of fonts. 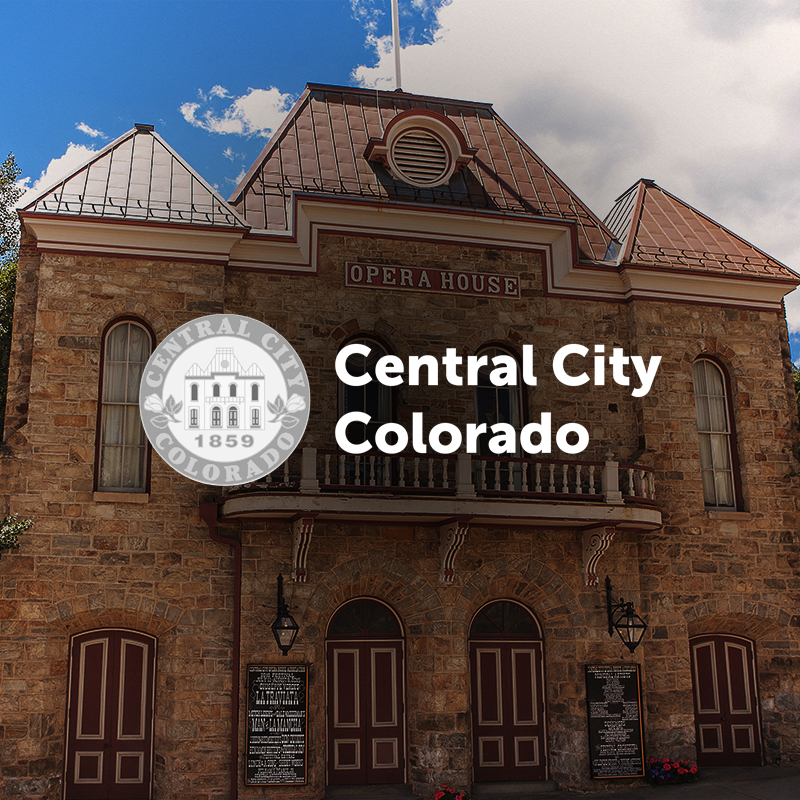 Visit Central City, Colorado! From museums, galleries, and theaters to casinos, it'll be a visit you won't forget.

Explore local galleries and experience world-class opera all within our beautiful and historic downtown.

From slot machines to table games, try your luck in many of our unique and exciting casinos!

Dig a little deeper in Central City! Experience our rich history via tours, museums, and more.

Enjoy your dining experience in Central City by stopping in for a sweet treat, cold brew, or a hearty dinner!

From campgrounds and historic bed & breakfasts to hotels with amazing views, you’re sure to enjoy your stay.

Hop off the beaten path and enjoy solace and sunshine in many of Central City’s local trails and recreation areas.

Colorado Historic Opera Houses Circuit
Check our trip itineraries for ideas of fun things to do! Peruse the opera houses map and decide when to come. We can't wait to see you!
Check out our trip planning page 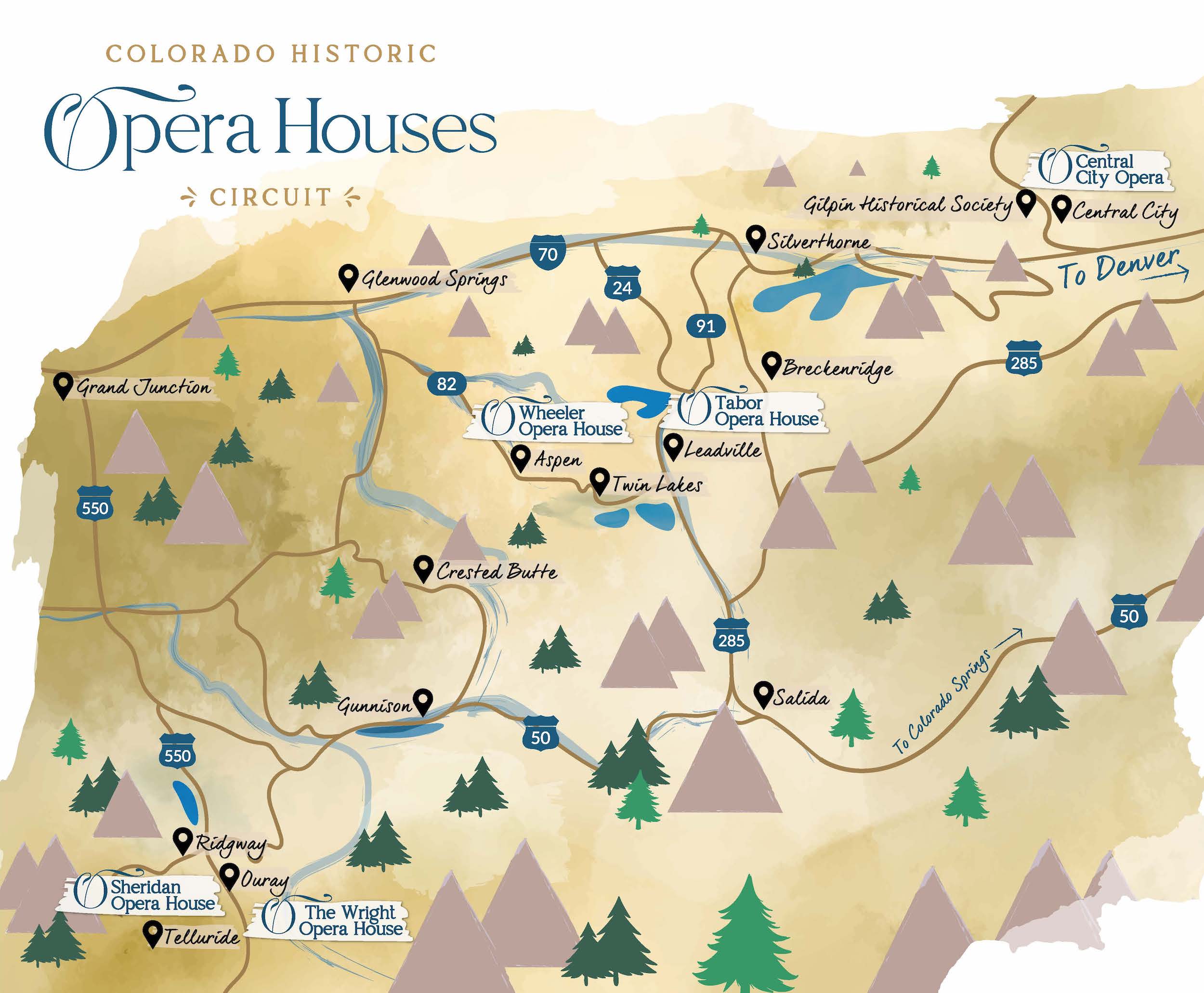